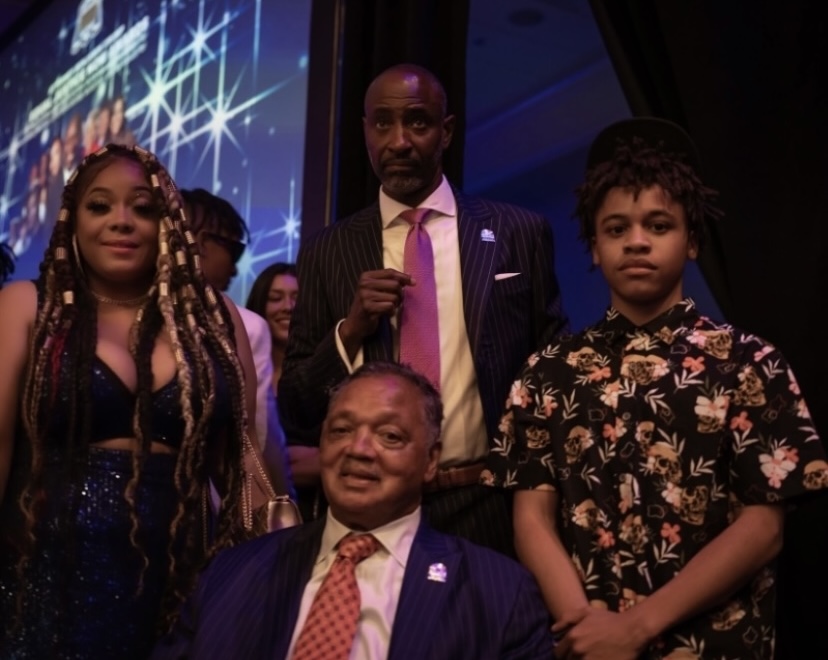 SKG said her highlight moments included meeting “Reverend Jessie Jackson and being able to witness such greatness in one room. SKG attended the ceremony with her son, rapper DRXBL ( Yuseff Choyce ) and her manager – Marlon Friend , from Purple Heart Management.

Equal Justice Now is a nonprofit social welfare organization that advocates against false arrest, unreasonable detention, wrongful conviction, and incarceration of citizens. The awards ceremony honored the impact of trailblazers from directors in film and government to community and social philanthropy. Benjamin Crump is the founder of the firm Ben Crump Law of Tallahassee, Florida which specializes in civil rights and catastrophic personal injury cases such as wrongful death lawsuits. His practice has had its hand in civil rights cases such as Trayvon Martin, Michael Brown, and George Floyd, as well as the people affected by the Flint water crisis and the plaintiffs behind the 2019 Johnson & Johnson baby powder lawsuit.